“Suddenly there was with the angel a multitude of the heavenly host praising God and saying,
‘Glory to God in the highest, And on earth peace, goodwill toward men!’” Luke 2:13-14

The shepherds gathered in the field that first Christmas night saw an amazing manifestation of the heavenly host. God said to them, “I bring you peace”, so the shepherds hurried to Bethlehem. And when they arrived they saw… a family.

God’s peace is beyond understanding. When all of your external circumstances are in turmoil, you can find on the inside of you a deep internal peace that speaks of the invisible Kingdom of God.

In their day Mary and Joseph were caught up in the busyness of the season; Mary was pregnant when they had to travel to register for the census, which most likely coincided with one of the Jewish festivals. There are many similarities with our lives, as we prepare to celebrate Christmas!

It was a time of rising costs; the census that they were registering for was to number and organise the population, but it was also about raising taxes. There was also dissatisfaction with the government – the people had returned from exile but were still not free and at this time were bent under the weight of the Roman occupation.

In the middle of these circumstances, like the calm in the eye of a storm, came God’s peace. We can receive his peace in the middle of pain and disappointment, because it is not dependent on our circumstances. The true peace on earth is the peace that passes all understanding. It comes from heaven and arrived in the form of a baby.

The peace that God brings flourishes in the midst of simplicity. Our lives can be extremely complicated, but it is often the simple things that we appreciate and value – small children smiling, or sharing a meal with our loved ones.

Mary demonstrates simplicity of spirit. She responded to the mind-blowing news that she was going to have a child who was the Son of God with a simple question, “How can this be?” And when the angel Gabriel explained, she simply said, “OK, let it be so, according to your word.” That principle will take you through the most difficult times; knowing that if God has spoken then you can yield to his word with confidence.

As we celebrate the birth of Jesus, the ‘peace-child’, let us glorify God in the certain knowledge that his peace and goodwill  covers the earth! 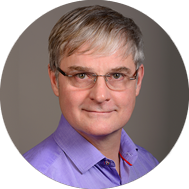 Rejoice with those who rejoice

[1 minute read] So the apostle Paul tells us in Romans 12, and we do. Especially the week we rejoice with Roberts Liardon as we see how the Lord has been working in the life of his mother, Carol.

[1 minute read] AKWAABA! Welcome! Ghanaians are known worldwide for their hospitality and joyful spirit. This is reflected when you see us singing and lauding God, and especially so at KTLCC. Click for pictures!

[2 minute read] The Kingdom of God is not merely physical, or even social, but supernatural. The work of God and the Good News of Jesus Christ continue to advance and spread during the coronavirus restrictions. Over the past six months effective use of Alpha seen the Gospel shared within KT, across the LCC Network and beyond in several countries.

KT Food Hub – What a mighty God we serve!

[2 minute read] A year ago as the country went into lockdown and many people were left – almost overnight- without vital support, the KT Food Hub launched.

[2 minute read] Jesus told his church to be salt and light in the world. That is, to penetrate society with the healthy influence of our salt-like presence, and to illuminate society’s thinking with the light of gospel values.

[3 minute read] The bride in the Song of Solomon felt bad she had not taken enough care of herself, and the wedding day was just around the corner!

Shout it out: From miscarriage to miracle

[3 minute read] For Tubo and Vanessa 2020 was a tumultuous year as they went from news of miscarriage to the birth of their second child – all during the Covid-19 lockdown.

[4 minute read] In his message Pay Attention to Prophecy Colin Dye explained that personal prophecies can be helpful and encouraging as you seek to follow God’s will for your life.

[3 minute read] Congratulations to all parents who are currently home-schooling, whether you are working from home or not, because home-schooling isn’t easy at all.

[2 minute read] Cell church is church without walls. People are reached right where they are. Christian witness happens in the market place and not just in the meeting place. Beginning with the obstacle of building-bound church, barriers between us and the lost are broken down and removed. The cells build bridges for the community to see Christ in action.