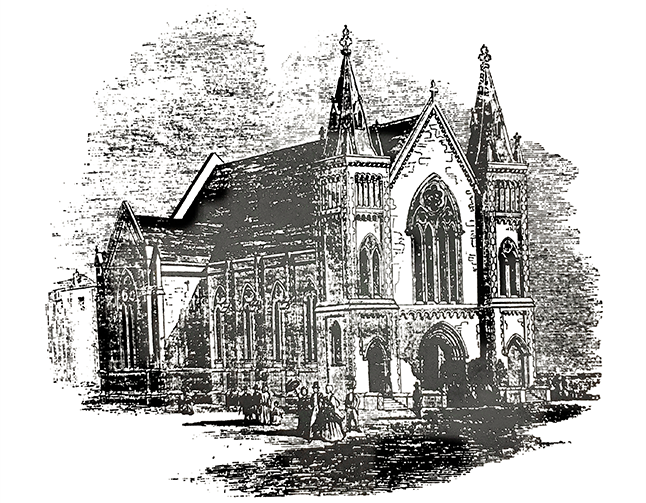 One hundred and fifty years ago a group of men and women, members of Kensington’s Congregational church in Hornton Street, began to pray for the “poor and neglected people of Notting Hill Vale”, according to the church secretary’s minute-book. In those early days Notting Hill was a small village on the western end of London which, even in those days, “had its hovels and iniquitous dens of evil”. Charles Dickens described it as “a plague spot, scarcely equalled for its insalubrity by any other in London”. And I wonder what was in G.K. Chesterton’s mind when he wrote, “There has never been anything in the world absolutely like Notting Hill. There will never be anything quite like it to the crack of doom.”

Dr Kenneth Taylor, of Living Bible fame, on a visit to London was asked, “What part of London would you expect Jesus to visit first if he were to return to Britain today?” “Notting Hill Gate,” he replied. “Why?” asked the interviewer. “ Well, that’s where all the world seems to meet. I’ve never seen so many different classes or nationalities in one area in all my world travels”.

But Notting Hill was not forgotten by the “members of Kensington’s Hornton Street Congregational church” who, according to one newspaper report of that time, “had been deeply moved at a recent prayer meeting and many had wept as they commissioned thirty-seven people who were to pioneer the new work in Notting Hill”. In the notes made by these pioneering Christian men of Hornton Street we read that they, with typical English reserve, wrote that “additional religious accommodation was desirable” in Notting Hill. But they not only prayed, they put their hands in their pockets. One individual gave £1,000. That was followed by £700 from the congregation. With this money they proceeded to buy a plot of ground on the corner site of the two roads we now call Ladbroke Grove and Kensington park Road. It cost £630 (probably worth millions of pounds today). On 30 august 1848 a foundation stone was laid, and a year later the completed building named Horbury Chapel was opened. It was so named after the village of Horbury in Yorkshire, birthplace of the Congregational Church’s first church treasurer. 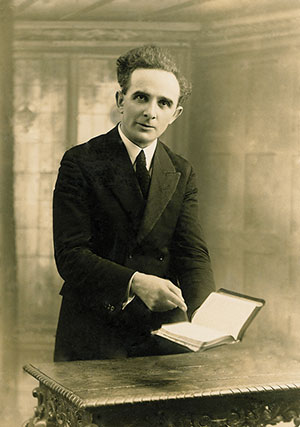 George Jeffreys birthed the Elim Pentecostal denomination and was also the founder of Kensington Temple, indeed it was he that chose its name. George Jeffreys had blazed a revival trail across Britain and beyond since 1915.

Some of the most remarkable miracles and healings this nation has ever experienced flowed out of his ministry. Not only did the crowds flock to his meetings, but he planted churches for the new converts. He was, in the opinion of many, the most effective British Evangelist since the time of Wesley and Whitfield. National and local papers often covered his crusades and the miracles stood the test of time and criticism. George’s brother Stephen, also a successful evangelist, held powerful healing meetings at Horbury Chapel in 1921.

The Daily Sketch newspaper carried a front-page picture of Stephen Jeffreys together with a lady and child miraculously healed in the meetings. By 1930 George had opened a number of churches in London but was still looking for a “flag ship” for his work in the city. In that same year he purchased the disused Horbury Chapel and renamed it Kensington Temple.

LEADERS THEN AND NOW

In 1999 Eldin Corsie celebrated fifty years in full-time ministry. It was in 1965 that Eldin led a group of 60 pioneer people back to the Kensington Temple building. Eldin came with a heart to see God do again the great things that happened in KT’s past – healing, deliverance, explosive growth and effective prayer. In those next fifteen years the key foundations of the church were laid – prayer, fellowship groups, evangelism and an international focus. During these rich years the church grew to 600 people and was prepared for it’s next explosive phase.

In 1980 Wynne Lewis hit Kensington Temple like a whirlwind. Wynne came as a man of vision, passion and zeal and within a few short years led KT to incredible growth. During a ministry that lasted ten years the church grew to over 5000 people and saw many new areas of London reached through the planting of many new churches.

During the ministry of both Eldin Corsie and Wynne Lewis a man was coming to the fore in God’s purposes for Kensington Temple – Colin Dye. Colin was saved in 1971 and was baptised under Eldin’s ministry. Immediately, he started to serve the Lord through KT. Colin began by picking up hymnbooks, helping drug addicts and gradually grew into more senior leadership positions. When Wynne Lewis left in 1991 Colin had already been effectively prepared to be the next Senior Pastor of Kensington Temple.
Under Colin’s ministry the London City Church has been formed and by the year 2000 we had over 130 churches networking in London as one body. The LCC network now ministers through a cell church vision.