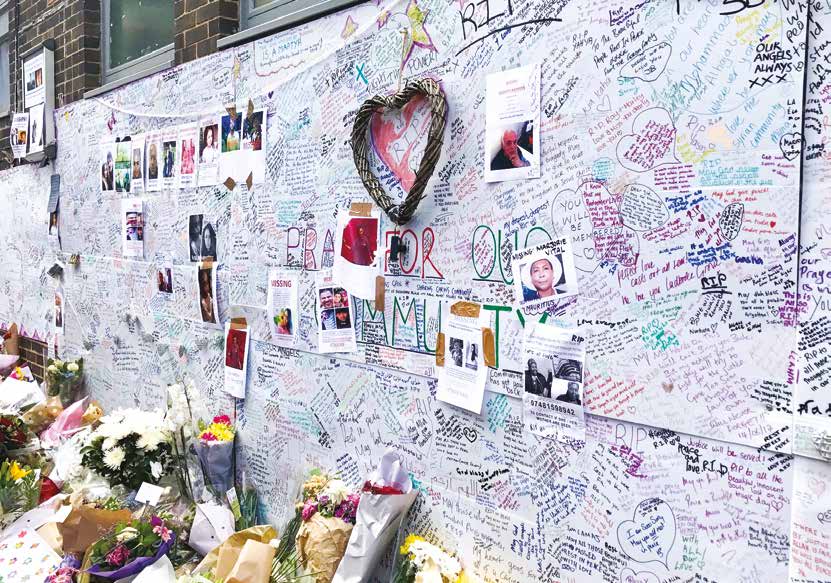 GOD IS OUR REFUGE AND STRENGTH, A VERY PRESENT HELP IN TIMES OF TROUBLE
PSALM 46:1 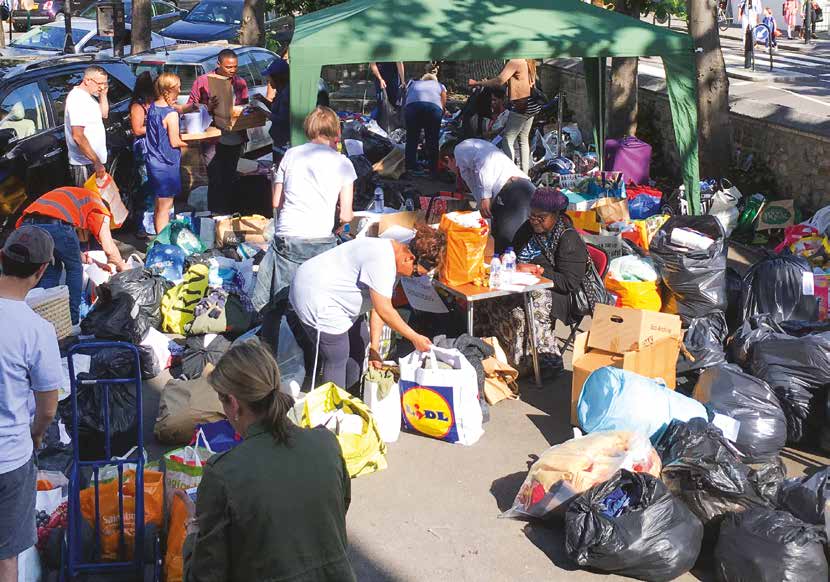 The first mobile phone text message was received at 5.11am. A huge fire had engulfed Grenfell Tower with residents trapped inside. Immediately the senior leadership of KT called an emergency response meeting to orchestrate a plan whereby all KT staff and resources could be channelled to help the victims effectively. Upon arriving at KT the first action was to set up the welcome room as a stationing point to receive any guests and families of those affected by this devastating fire.

We got word out via our social media platforms that we were open to receive any donations from members of the congregation and the general public. Within moments of posting this, it was shared many times and people began arriving in vehicles to drop off clothes, toiletries, bedding and food. 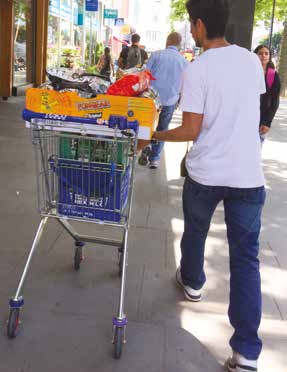 KT pastors were re-routed from the main offices to our KT building to help provide pastoral support and care for the guests we received throughout the day. They were also on hand to provide practical on the ground support and relief. In addition to our own team we hosted the Response Pastors (specially trained Street Pastors) at KT and they went out amongst the people down by the fire. They had previously been in Manchester and London Bridge and are specially trained in trauma counselling. We made contact with RBKC and informed them we were open, ready and willing to offer help and support. They circulated our availability to the wider community.

Our children’s department workers contacted ten families that attend KT and who are registered as living in the Grenfell Tower. We are thankful to God that they were able to confirm most of these families were safely evacuated. A few of them were taken to hospital due to smoke inhalation and shock. 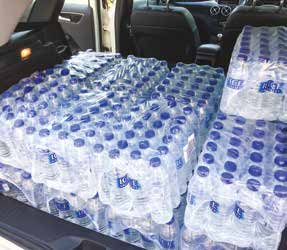 Water for those affected

Members of our pastoral team have made several visits to check on their well-being as well as offering support to the doctors and nurses attending to the patients. We were, however, saddened to hear of several families from our New Hope Football Academy community whose members are reported missing. We continue to pray for them and for others we have yet to hear about.

Even before the donations began to arrive, several members of the KT staff went to Notting Hill Tesco and purchased food, water, toiletries and other supplies and then began attending local drop off centres closer to the Grenfell Tower to distribute these supplies to the residents who had been displaced.

KT staff members found favour with the police officers who had cordoned off large parts of the area, and were able to drive all the way to Westway Sports Centre where two KT members work and were able to drop off several van loads of supplies. Kingdom connections in times of crisis like this were vital in help shaping the overall success of our efforts.

Back at KT a gazebo was set up, along with a drop off point in the car park and neighbours, members of the congregation and the wider general public poured in all day long bringing thousands upon thousands of items with them. One man was driving by on his motorcycle and stopped to see what we were doing. He was so moved with compassion at our efforts, that he left and returned a short while later with free pizzas to feed all the volunteers.

There was a tangible sense of unity and community spirit amongst all the volunteers as they worked tirelessly in the searing summer heat to help sort through the mountains of clothing, toiletries, food and general supplies. We are extremely thankful and grateful to the Lord for all the servant-hearted volunteers who sowed their time, effort, talent and finances into helping the victims of this terrible tragedy.

At the KT head offices in Hanger Lane all staff were re-directed to help take scores of phone calls from concerned residents and congregation members calling to offer their help and support. We coordinated our efforts and connected with Maxilla Social Club, the Salvation Army, Latymer Christian Centre, Westway Sports Centre and the Portobello Rugby Trust where KT NuGen meet every Sunday.

On Wednesday evening Bruce Atkinson led the KT congregation in prayer for this horrific event and we prayed for comfort, peace and strength for all those affected. We gave God thanks for those who were rescued, for the fire services who risked their own lives to get to residents and for the response of the local community and KT members. The KT evangelism team gathered together for a strong time of intercession and prayer for the local area and then went on a prayer walk offering support, prayer, counselling and help to everyone they encountered. Without question, the love of God touched many people’s lives that evening. 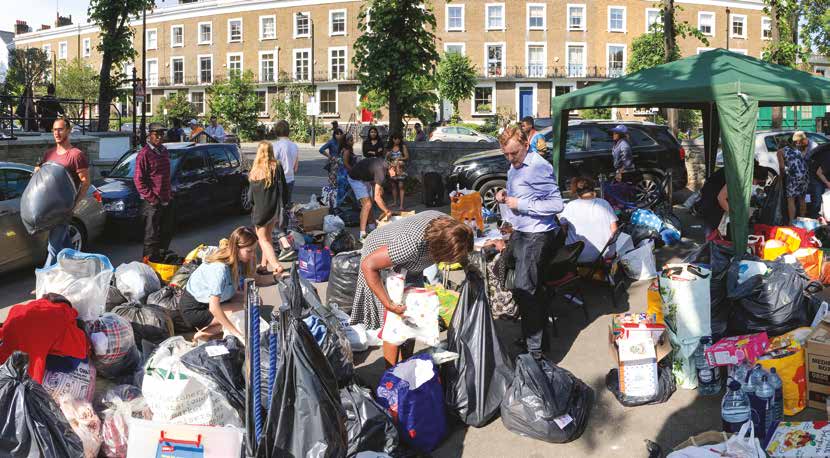 KT members, staff and our neighbours work together to sort through the donations.

A member of the public who had kindly joined in helping volunteer in the KT parking lot telephoned the LBC radio station that evening and shared to listeners the immense effort KT had made and explained all our processes and how proud she was at being a part of our relief effort.

We have received countless emails from churches around the United Kingdom, expressing their gratitude, prayers and practical support for all our efforts. We are grateful to God that we were in some way able to show the love of Jesus to our neighbours during such a turbulent time. We continue to pray and offer help for all those still requiring ongoing support, recognising that for many this is really only the beginning of a long journey of restoration.

One night, I was listening to a worship song about being free and surrendering all to God. Whilst listening to the words I began to pray and asked God to feel his presence.